How you see things — your unique point-of-view — skews everything you do. You can’t escape it. Whether you need to launch an ad campaign, build a brand, make a video, or improve your marketing overall, your P.O.V. can make all the difference. 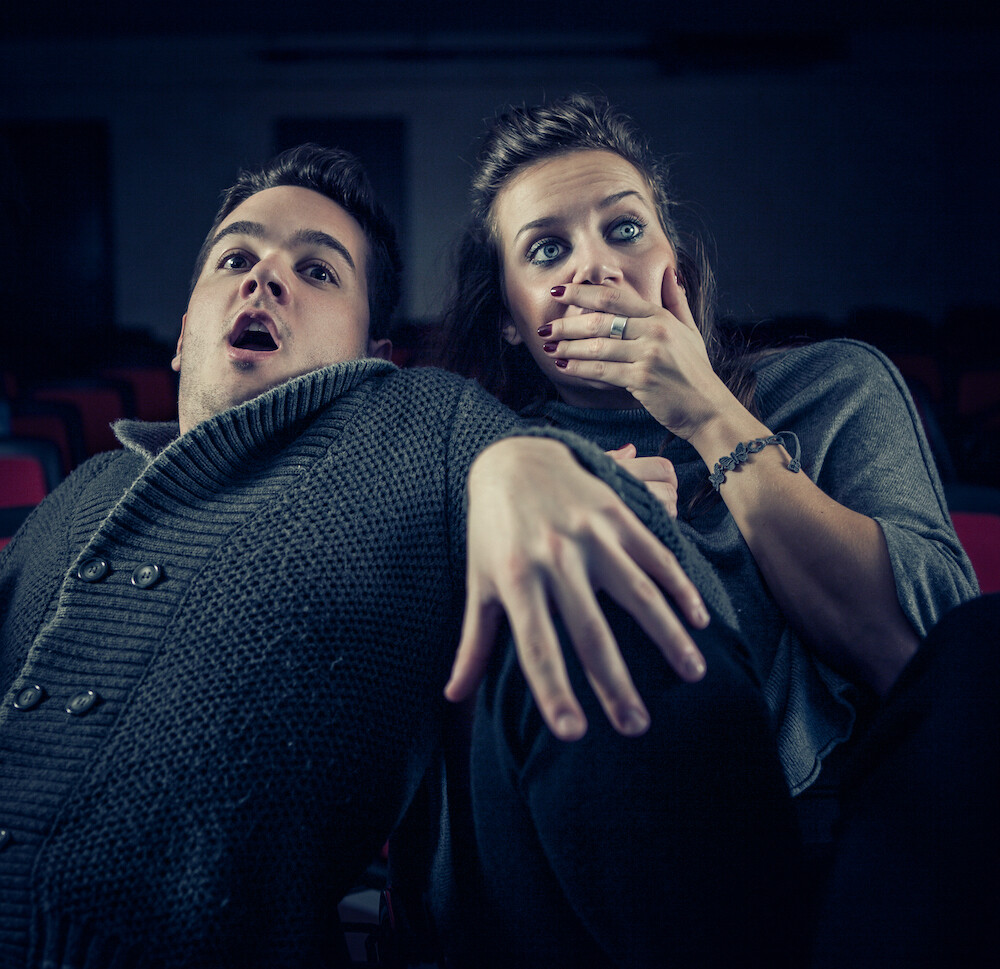 In Hollywood “POV” is a common technique used by directors to add tension to a scene. Picture the POV of the ax murderer stalking his next victim in a classic horror movie.

The audience sees only what the character sees. It’s also called subjective perspective — as opposed the objective, third-person perspective in most movie scenes.

Marketers and business owners often get stuck in their own, subjective perspective trap. They’re too far inside the bottle to be objective when it comes to marketing issues.

Way back in 1960 Theodore Levitt coined the phrase “marketing myopia.”  In a famous Harvard Business Review article he said that short-sighted executives who are missing the big picture will fail to see new opportunities and/or new threats.

He cites the railroad industry as a good example. I would add Blockbuster video and Skype to the list of businesses that took their eyes off the ball.

Levitt encouraged executives to shift their focus from an inward-facing operations orientation to an outward facing consumer orientation.

In other words, don’t get stuck in a scary  movie. Sometimes you have to pull back like a fisheye lens and open your eyes to new, customer-first viewpoints.

The lack of a clear P.O.V. spells trouble for brands.

Many start-ups these days are built — like Tom’s shoes — around a purpose of some kind. Kudos to them for owning a definitive P.O.V. from the start!

But there many more business owners who duck and cover when it comes to taking a stand of any kind, on any issue.

They sheepishly say, “well, we don’t want to offend anyone.” (As if everyone is a prospect.) They won’t even entertain a back-door approach to their advertising. “Don’t focus on the problem, just talk about our product!”

Most of those who are trying to be all things to all people will fail to win brand loyalty. People don’t get passionate about wishy-washy brands. 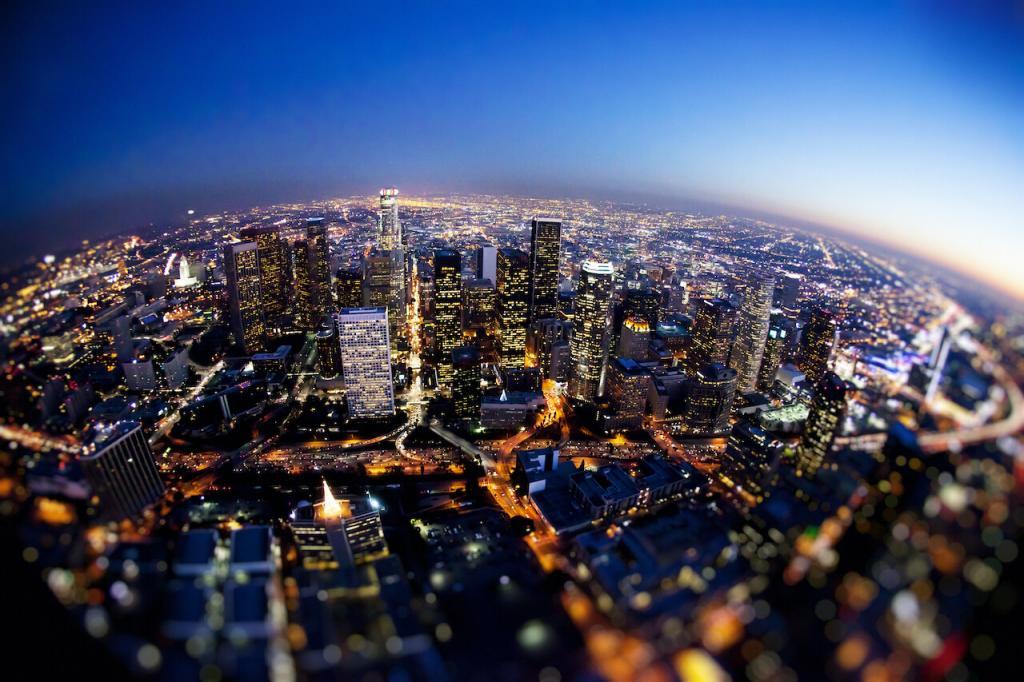 All iconic brands have well-defined POVs. They take a stand — on something!

Patagonia has always had a very clear, authentic POV when it comes to the climbing community.

In the last decade, they’ve chosen to take on much bigger issues, as well. Patagonia’s stance on climate change is a natural extension of the products they’ve made, the markets they’ve always served, and the founder’s POV of the world.

Patagonia already had deep, meaningful connections with millions of customers, and that political stance just helped cement the relationship even further.

When it comes to branding, polarization can be a good thing. No one gets passionate about wishy-washy brands, so it’s better to be annoying to some, than invisible to all.

It doesn’t have to be a universally loved P.O.V. to help improve your marketing.

Chick-fil-A promotes a political POV that many find disagreeable, to say the least. And yet it’s the fastest growing food chain in the world.

The average Chick-fil-A location brings in 10 times more revenue than a Subway franchise. More than 30,000 people a year apply for Chick-fil-A franchises, even though it offers no actual ownership at all.

They don’t care if it’s UN popular to a large segment of the population. It’s insanely popular with another group that’s big enough.

The golf club brand PXG chooses to bring an obnoxiously superior point-of-view to everything they do.

Their claims are boisterous and unbelievable, but that’s the PXG brand. People either love it or they hate it. There’s no in between. It works with a certain segment of the market precisely because it’s strong and obnoxious.

Sometimes the problem is rose-colored glasses…

Some cocky business owners and sales leaders go through life with an unrealistic, overly optimistic point-of-view.

They’re absolutely, positively, 100% certain that they “know their customers.”

They’re on top of every new development in the market.

Everyone who’s a prospect knows all about them.

And, of course, their product beats every other product.

Hopefully that’s your competitor, because those are the guys you can sneak up on in broad daylight. That rose colored point-of-view makes them a juicy target for new competition from all different directions. They’ll never see it coming.

In other cases  — I’ve seen this a thousand times — one person’s overbearing perspective becomes a roadblock to progress.

Every year he vows to do something different to improve his marketing, but he approaches the task from the same old skewed point-of-view. And that perspective is just pain wrong.

You have to change your mind before you’ll ever change behavior. Sometimes the mental change of is the hardest part.

So the first step toward dramatic marketing improvement is seeing your lack of perspective for what it is; A hinderance of human nature.

Humans hold on tightly to what we think we already know. 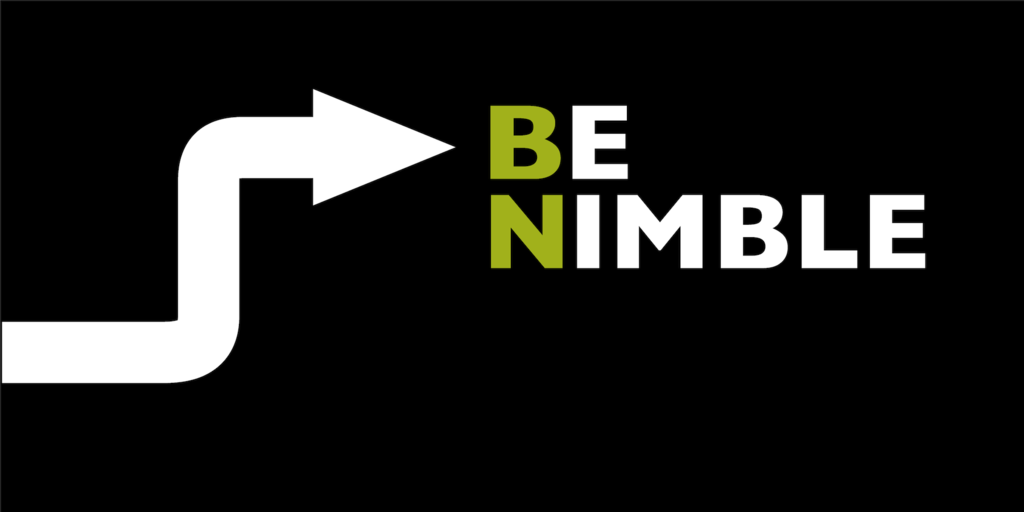 If you want to improve your marketing, avoid the myopic “me, me, me” P.O.V.

This is one of the most common mistakes in marketing and advertising: The business owner or marketer puts her point-of-view ahead of the audience’s point-of-view.

It’s an inside-the-bottle perspective that revolves around business goals, egos and operational realities rather than what’s in it for the audience.

Even the biggest brand fall prey to it. There was a period of time, in the mid 80’s, when Nike lost its way and became too inwardly focused.  Then Jim Riswold at Weiden & Kennedy came up with “Just Do It.” It was a turning point for Nike.

Keep this in mind… here’s the reality:

Prospects won’t buy unless they can first imagine themselves using your product or service.  In their fist-person P.O.V.

That’s the single most important perspective to consider.

So you have to step aside for a second. Shut up! Quit talking about what you can offer and listen to what they really want, need and desire.

Advertising in a crisis: Shit happens, but brands endure.