Cadillac stole my tagline. Back in 2004 I wrote “Be Iconic” to support my name change from AdWords to BN Branding. That tagline was a critical element in my decision to go with that brand identity.

“Be Iconic” worked perfectly in context with the name and the mark. It has staying power because it sums up the benefit of working with us, AND it plays off the brand name.

“Be Iconic” was the germ of a much bigger idea that is still a wellspring of inspiration to this day. Now Cadillac’s using it as the slogan for the launch of its new electric SUV.

The line doesn’t work nearly as well for a car. I’m not going to worry about it. It’ll change, soon enough.

There’s a difference between slogans that anchor ad campaigns and a tagline written specifically for brand identity purposes. 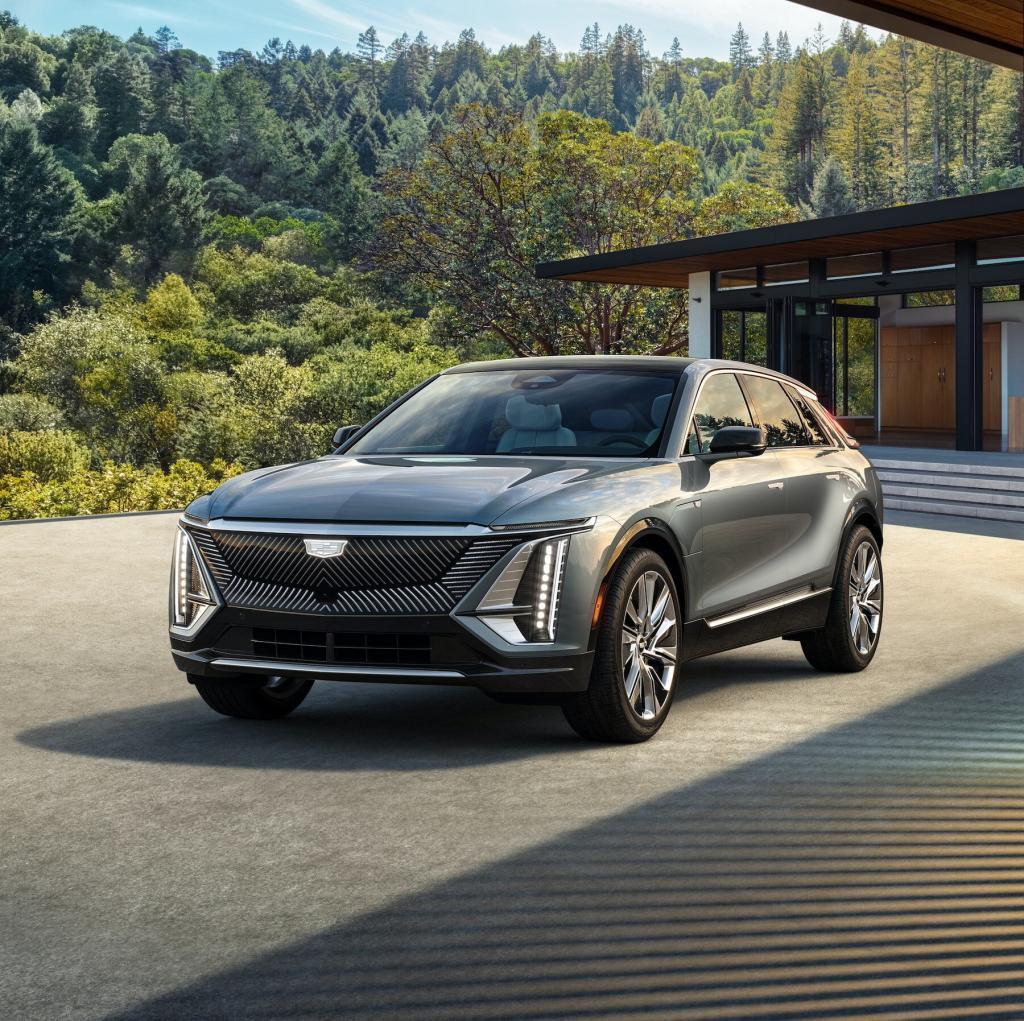 Slogans come and go. Taglines are more permanent. Let’s look at the lovely list of slogans that have popped up in Cadillac advertising over the last 20 years:

“Break Through.”  Not exactly a break through slogan.

“A new standard of the world.”  This one sounds like something you’d get from one of those automated tagline generating tools. Everyone at GM knew this one really sucked, so they “fine tuned” it over the years:

“A higher standard.”  This isn’t a tagline, it’s a bullet point pulled right out of the corporate mission statement.

And then there’s this twisted gem of boardroom nonsense, which I simply don’t understand at all…

“The penalty of leadership.”

In light of all those, “Be Iconic” is absolutely brilliant!

Quite often, companies need a tagline to hold the brand identity together.

Taglines are often overlooked by designers who are cranking out logos and by business owners who just want to get on with it. But  strategic message development should always precede design. In fact, ignoring the need for a tagline can be the kiss of death for any brand identity design projects.

Without “Be Iconic,”  BN Branding would fall flat.

Without “Just Do It” Nike doesn’t win the race.

Think about these four, iconic words: “A Diamond is Forever.”  That tagline has appeared in every single De Beers ad since 1948, and in 1999 AdAge named it the best slogan of the century.

It’s more than just an advertising slogan, it’s forever etched into the brand identity of DeBeers.

That’s the definition of a tagline vs a slogan: Taglines are for branding. They’re long-term, far-reaching and holistic. Slogans are more tactical and usually advertising-based, like “Be Iconic” for the new Cadillac.

Slogans often begin life as the headline of a single ad. Like “Got Milk?” “Mmm-mmm good” for Campbell’s soup.  “I can’t believe I ate the whole thing” for Alka Selzer.

Of course the lines are blurred, as great headlines often become strategic taglines that are employed for years.

The classic, 1984 slogan “Where’s the Beef” effectively repositioned McDonald’s and Burger King, and increased same-store sales at Wendy’s 10% that year.  That one-liner also cemented the chain’s place in pop culture. “Where’s the Beef?” became a popular euphemism for anything that lacked substance, including politicians and pop stars.

Many people think all taglines need to be catchy and clever, but that’s not necessarily true.

Sometimes it’s more important to have a straight, descriptive tagline that eliminates confusion and defines what you do.

If you have an impressionistic logo, and a brand name that doesn’t really describe what you do, you damn well better have a tagline that adds clarity to the mix. 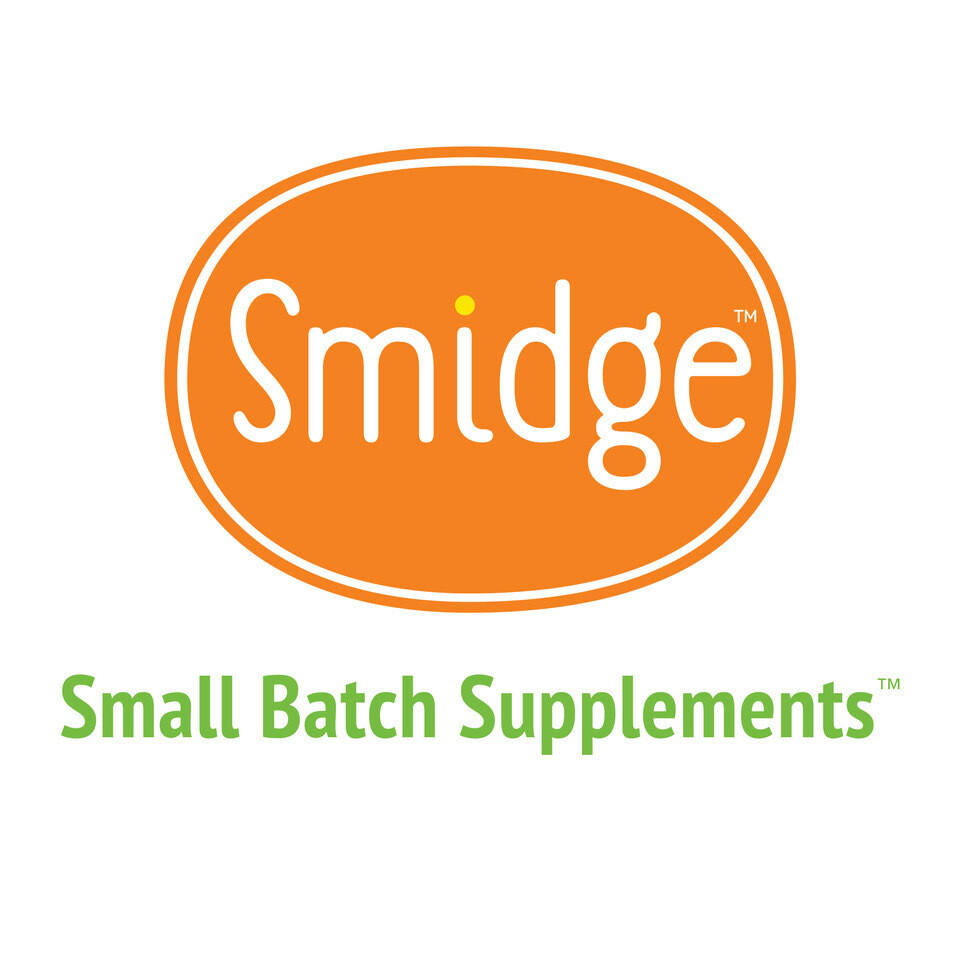 Sometimes a good tagline can double as an effective positioning statement that gives your business a tremendous competitive advantage.

For instance, in our rebranding work for Organic 3 Inc, our namestorming process produced the name “Smidge”  for their line of vitamins, minerals and probiotic supplements.

It’s a great name.. . friendly, a little bit whimsical and absolutely on brand. But it begged for a tagline.

The creative process doesn’t discriminate between taglines, slogans and headlines. It all fits under the umbrella of ideas. You don’t discard any of them just because they don’t fit into someone’s definition of a tagline.

The process of writing taglines often produces a tremendous bounty of headlines and big ideas that can sustain your advertising efforts for years. 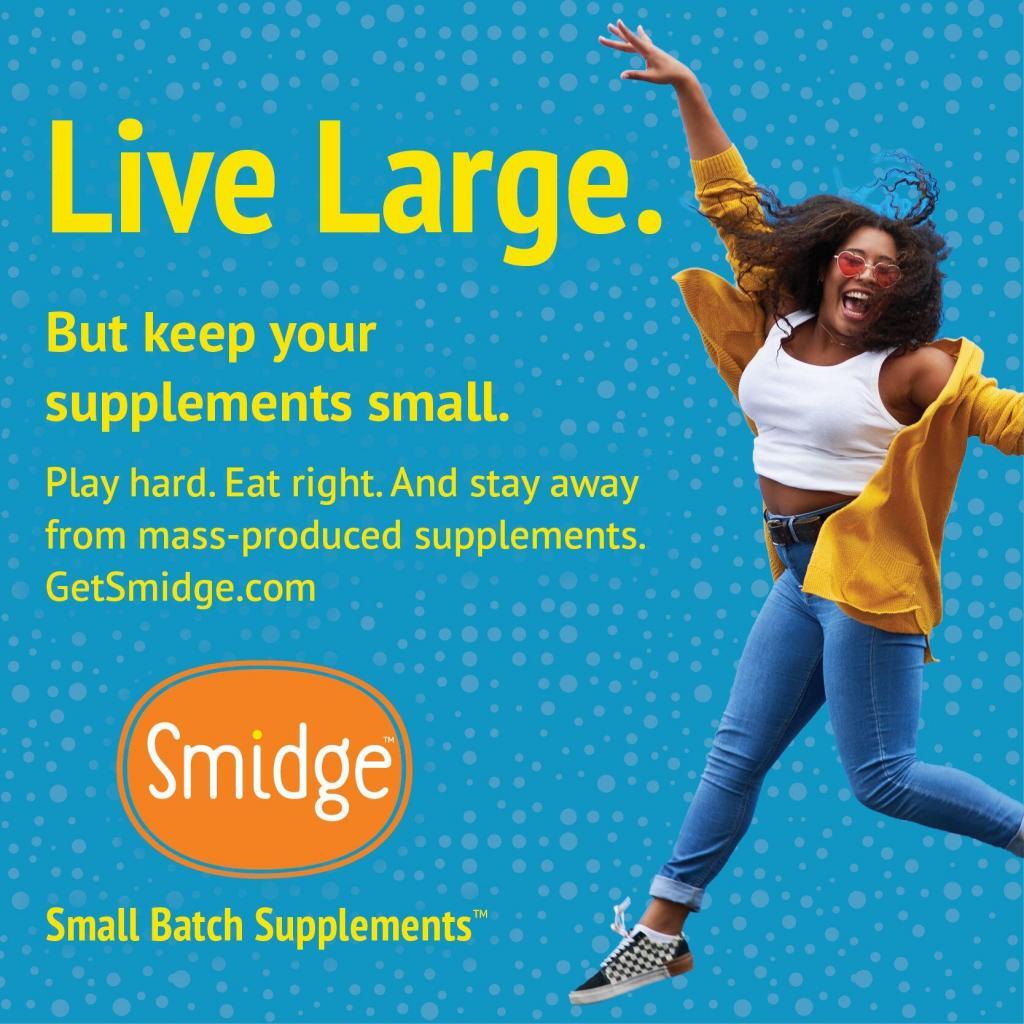 The idea behind Smidge is infinitely extendable into all their marketing tactics. See more examples.

There were plenty of other taglines that were catchier, more creative, but none that worked as hard as those three words.

Smidge is the first and only brand that’s making Small Batch Supplements. And since they’re first to market with a trademarked product category/tagline no one can compete on the same level.

As long as they’re willing to aggressively pursue all trademark infractions, they will have the market all to themselves.

That’s the power of a good tagline…  Those three words effectively reposition every competitor as mass-produced, so inferiority is implied.

That simple tagline sums up the Smidge value proposition and shifts the playing field to their advantage; Instead of competing in a big, generic, ill-defined category of supplements, they have their own sub-category.

That’s a textbook, blue-ocean marketing strategy, and it wasn’t delivered by some high-falutin consulting firm.

Just me and my team at BN Branding.

For our own branding, “Be Iconic” was just the beginning. That line is still attached to our brand identity, but we’re always thinking of new ways to leverage that original tagline idea… New variations appear in our digital ads, on webpages, in videos, on the pages of this blog, and in our email campaigns.

Sometimes you only need a tagline and a logo. Great taglines work that way. Nothing else needs to be said. 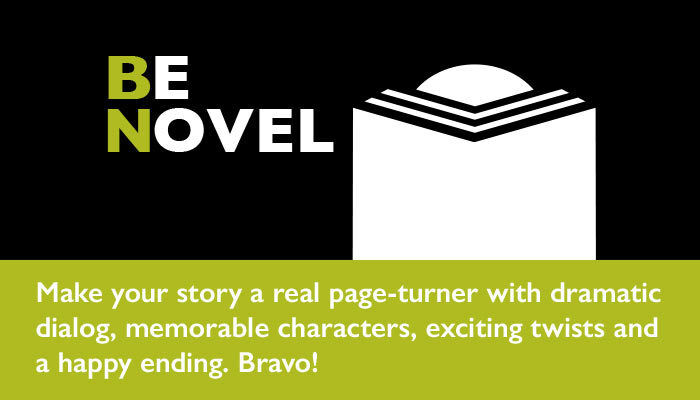 Other times we add a simple graphic element and a few words of copy to drive the point home. We can help tell your story. 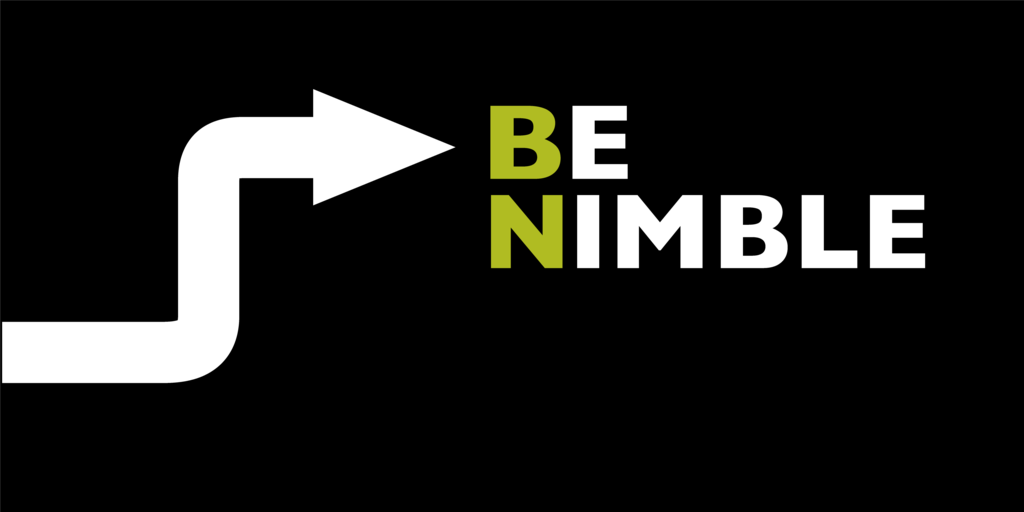 If you’re launching a new company or changing directions significantly, you need a tagline and branded graphics.

Some companies need a tagline to compensate for a crummy brand name.

The importance of your tagline is directly proportionate to the quality of your brand name. If you skimp on the naming of your company, you’re going to have to spend a lot more time on the tagline.

The brand name and the tagline should work seamlessly together to add a whole new dimension of understanding. Like Smidge – Small Batch Supplements. If the brand name was Giant, that tagline’s not going to fly. 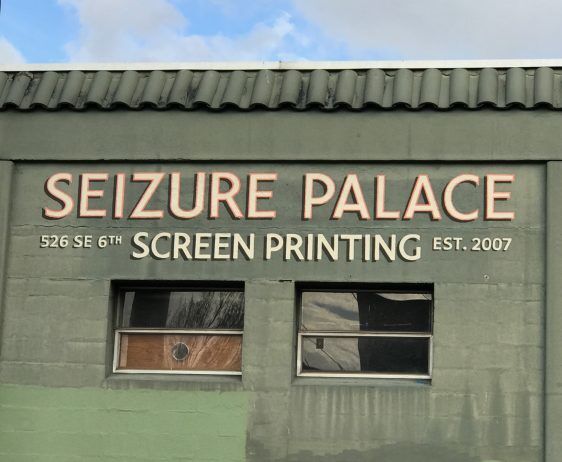 If I owned this company, I’d definitely add a tagline… Something that dispels the notion of screen printing jobs gone horribly wrong.

One thing’s for sure; no slogan or tagline is going to save a dying brand, help a bad idea get off the ground, or generate repeat business for a lousy service.

There’s an old saying in the advertising business: “Nothing kills a terrible product faster than great advertising.”

Taglines can have the same effect on start-up ideas.

Approving a tagline forces the founders to do a lot of strategic thinking — soul searching even — that they probably skipped over.

One partner says, “Wow, that’s a really powerful line! I love that.” Then he turns to his partner and says, “You think we can really deliver on that?”

“Uhhhhhhhhhhh… I don’t think so. ”

So what you’re really buying with a good tagline is clarity about what, exactly, you can successfully deliver AND what’s going to resonate in the marketplace.

It answers the all important question: What are you going to hang your hat on?

A surprising number of start-ups are unsure about that until they see a tagline that sums it up. Sometimes it forces founders to re-program their software, re-design their product or improve a feature set. Other times it triggers a complete pivot.

In any case, it’s a creative process that triggers invaluable strategic thinking.

That’s why every company needs a tagline. Even if it doesn’t become an integral part of your brand identity, you’ll have the strategic messaging you need to see the road ahead quite clearly.

If you have any doubt about your current tagline, or if you’re starting something new, give us a call.  It’ll cost you a lot more if you don’t do it.

The lingering effects of your brand identity design – good or bad

At first glance, storytelling seems easy: tell a story to promote your brand. The principle of this method is indeed simple: use the story as a vector of information.

The main objective of storytelling is to reach consumers, the target audience, by creating emotion, and this is the difficulty of this technique.

It is therefore very important to carefully study your strategy when designing a storytelling campaign, because if it fails, this communication technique may well harm the brand.