Automotive Advertising: Another ride down that twisting, mountain road of tired clichés.

For instance, there’s a nice Alpha Romeo ad  for the Giulia… Gorgeous video of a sexy red Italian sports car doing its thing in the curves with a pretty good voice-over that nobody’s going to listen to.

That’s easy. It’s harder producing a decent spot for a mundane automotive product, like a minivan. 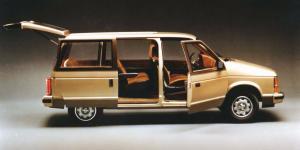 Chrysler single-handedly created the minivan market when the Caravan and Voyager debuted in 1984.

Sales skyrocketed and imitators quickly sprang up, but only after Chrysler had firmly established itself as the segment leader.

Chrysler’s minivans moved the segment from niche vehicle to the pinnacle of the mainstream. Minivans have become part of the pop culture. And the marketing people at Chrysler/Dodge have a pretty good handle on what their target audience is looking for.

That’s what minivans are all about: Lugging kids, looking for lost binkies between the seats, and running errands. That’s the reality of it. It’s not glamorous, and it’s not the least bit appealing to anyone who doesn’t have kids. But it’s totally relevant for parents who are carting three kids around everyday.

The main benefit of all minivans is practicality. Plain and simple. And Caravan advertising conveyed that idea very clearly. Chrysler was not trying to be anything other than that.

Honda, on the other hand, careened off the road with their automotive advertising for the Odyssey Minivan.

The Honda spot goes like this: There’s an attractive young couple driving along a winding, country road. In a mini van, for pete sake! The husband, who’s doing the driving, glances at his wife suggestively as she reaches up and grips the panic handle above her window. She gives him a quizzical, turned-on look. He gives the van a little more gas and grips the wheel tightly as he lugs into another corner with all the agility of a old Winnebego.

She holds on even tighter and looks at him as if to say, “ohhhh yeah, bring it on big boy.” I almost expect them to pull over and jump into the back for a roadside quicky. Instead, she just holds on for the ride while the voice-over chimes in: “Just because it’s a minivan doesn’t mean you have to treat it like one.” 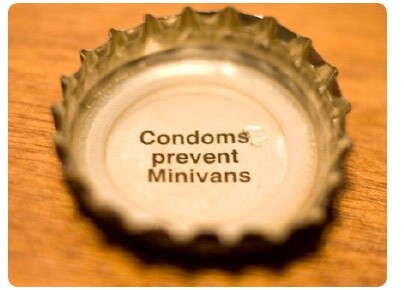 There’s even a more blatant execution of that sexy idea from Britain, where a couple are about to do it in their Honda Odyssey until they get interrupted by an elderly parent. The voice-over on that spot says “It doesn’t seem like a family car.”

First of all, sex and minivans DO NOT go together.

No one gets turned on by a minivan. A corvette might help you get laid, but not a dual-sliding, seven passenger, Chrysler or Honda product.

Put a minivan on a windy road and you here’s what you get: Puking children. Horrendous messes of vomit. Leave the windy roads to the Porsche commercials.

There’s no pleasure in getting from Point A to Point B in a mini van. Believe me, I’ve done it. There is some satisfaction in packing up both kids and the entire kitchen sink for a simple, cross-town play date. There’s satisfaction in changing a diaper on the side of the road without hanging your baby out on the tailgate. But not pleasure.

So Honda’s idea of promoting the minivan as something sexier than just a minivan, simply doesn’t wash. They could spend a billion dollars trying to convey that idea, and parents would still buy it for the cupholders. It’s like trying to kitten-up a milk truck.

So how did the message get so messed up, and what can we learn from Honda’s one-spot marketing blunder? 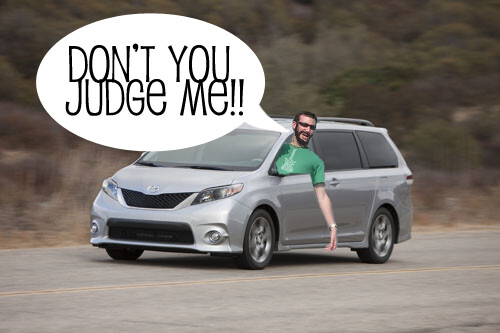 The problem is, in the minivan category nobody gives a hoot about “chassis refinement and driving feel.”

By letting insider information dictate their marketing, Honda ends up with a message that’s relevant to their own executives and to the automotive cognoscenti, but completely irrelevant to the target audience.

It’s a classic case of getting in your own way. Of knowing too much, and putting that information in your automotive advertising.

Of course it probably wasn’t the Honda executives who came up with the idea of using sexual tension in their Odyssey spots. Gotta blame that one on the ad agency.

Maybe the agency creative team just couldn’t find inspiration in a boring old minivan. Maybe there wasn’t any consumer insight or personal experience to go on. Maybe it was just wishful thinking. Or maybe they were just trying to steer clear of a technical, engineering message that the Honda execs really wanted.  Wise move, but they really blew it with the hot couple concept.

Somewhere, the process took a wrong turn and the end result is a waste of marketing dollars.

In the scheme of things, one spot isn’t going to kill Honda. But in the meantime, Dodge is sticking to an approach that simply demonstrates relevant features. Their advertising is not going to win any awards, but at least it’s somewhat authentic. It hits the hot buttons of a specific target audience and it wins the head-to-head battle with Honda. In automotive advertising anyway.