A lot of business owners seem to think Branding begins with graphic design. As if the logo or the sign above the building is the be-all, end-all of branding.

Of course, that’s not the case. Branding begins much earlier and continues, unabated, as long as the company is in business.

For start-ups Branding begins with the first conceptualization of the business… With that ah-ha moment of clarity that drives an entrepreneur to devise a new solution to a problem or to strike out on her own.

Even if all you have is the germ of an idea for a company, you’ve already started the branding process.

Even if you’re purposely not doing any “marketing,” there’s still some branding going on.

Even if you’re operating completely “under the radar” or in super-secret-can’t-tell-you-or-I’d-have-to kill-you mode.

Branding begins with or without your concerted effort. If you don’t do it, your competitors will do it for you.

The minute you start thinking about Branding, you start taking a more holistic approach to your business.

There aren’t very many entrepreneurs who worry about where branding begins. They don’t think about building a brand based on concrete brand values and a well thought-out brand personality. They just want to solve a pressing problem, build a better mouse trap, or change the world somehow. (And, of course, make a cool billion.)

The branding thing happens along the way. Often by default.

Nike’s founder, Phil Knight, admits that he knew nothing about branding for his first 20 years in business. It wasn’t until the late 80’s, after a few significant missteps, that they began to think holistically about what the Nike brand was all about.

“Just Do It” summed it up quite nicely. 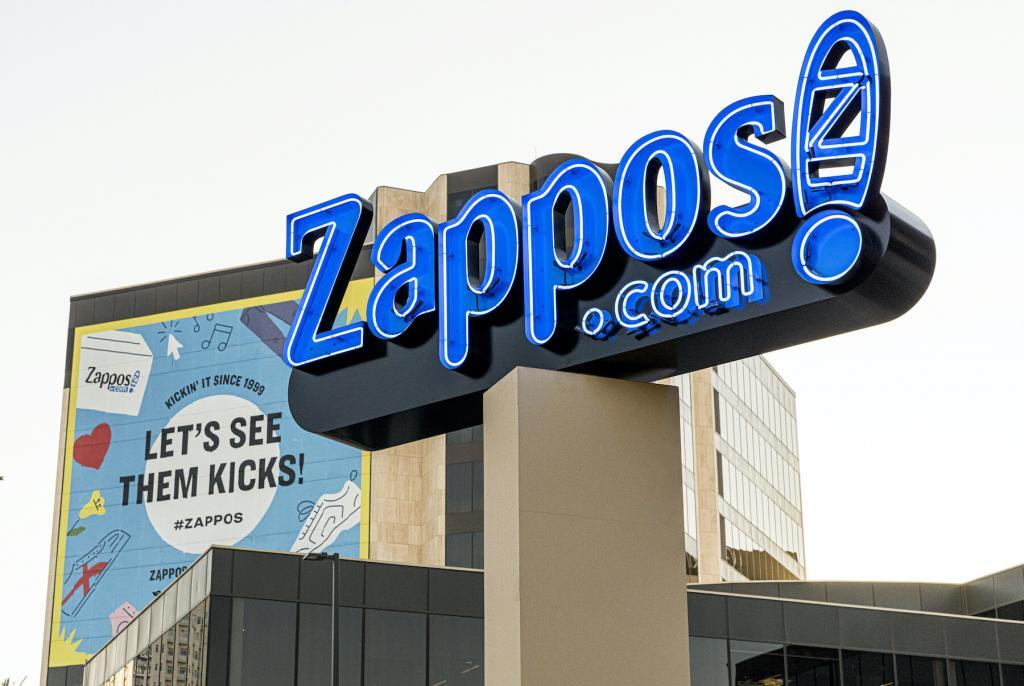 Nick Swinmurn, founder of Zappos, didn’t set out to build one of the greatest customer service brands of all time. He just wanted to ride the ecommerce wave and sell a shit-ton of shoes.

Four years into it, under Tony Hsieh’s leadership, it was decided that the Zappos brand should be 100% focused on customer service.

“We ultimately came to the realization that a company’s culture and a company’s brand are really two sides of the same coin.”

Once they agreed to make customer service the sole purpose of Zappos, and embraced a holistic approach to branding, the hardest managerial decisions got a lot easier.

There’s an old saying, “Values mean nothing till they cost you some money.” The Zappos leadership team was willing to sacrifice easy money in the short-term in exchange for something much more valuable in the long run; an authentic brand.

“In 2003 25% of our overall sales were from our drop ship business. It was easy money, but it created a lot of unhappy customers,”  Hsieh said in his book, Delivering Happiness.

“We all knew, deep down, that we would have to give up the drop shipping business if we were serious about building the Zappos brand around customer service.”

They were taking a holistic, values-driven approach to building the business. And  initially, it cost them. 25% of their revenue, to be exact.

The relentless focus on customer service differentiated Zappos from every other ecommerce operation.

It guided how Zappos treated their vendors, how they hired new employees, and how they spent their marketing budget.  Even the location of the corporate headquarters was moved in order to support the idea of customer service.

“We needed to make sure the entire company was customer service, not just one department,” Hsieh said. “So we moved our entire headquarters from San Fran to Vegas,”

In fact, nothing in the Zappos operation was UNtouched by the decision to build their brand around one, unifying principle.

Here’s an important branding side-bar to the Zappos story:

It was Nick Swinmurn’s idea to sell shoes online. He approached Hsieh for funding when Hsieh had Venture Frog VC fund. At that point, it was called “ShoeSite.com.

Luckily, it also was Swinmurn’s idea to rename the company “Zapos,” based on the Spanish word Zapatos. According to the account in his book, Hsieh suggested they add a p for pronunciation purposes. That’s how Zappos was named.

I seriously doubt it would have grown into the iconic brand it has become with a name like ShoeSite.com.

Tony Hsieh has been called a lot of things…. “visionary,” “eccentric,” “obsessed,” “The king of customer service,” “quirky”  enigmatic.”

Fortune Magazine said Hsieh’s management style was so “whackadoodle” they couldn’t believe Amazon would tolerate it.

At one point, Hsieh’s board of directors almost ousted him because of his so-called “social experiments.” He told Inc. Magazine that “the board wanted me to spend less time worrying about employee happiness and more time selling shoes.” 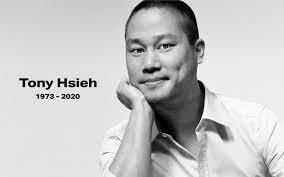 His holistic approach to building a brand might not appeal to some old-school VC guys, but it sure worked. The fact is, Hsieh’s relentless pursuit of happiness is precisely what propelled the company’s sales.

With it’s core purpose clearly in the lead, Zappos became the digital-age benchmark for customer service. It’s the Nordstrom of the 21st century.

They deliver WOW every day and their model is now emulated by thousands of companies around the globe. Every day there’s a new ecommerce start-up pitching the idea in their own, niche market…

“We’re going to be the Zappos of pet supplies.”

“We’re going to be the Zappos of sporting goods.”

If you’d like a new perspective on your branding and marketing efforts, give us a call. We’ll take a holistic approach to branding that’ll make sense even to your CEO.

Call today, and get a conversation started. Schedule a one-on-one meeting with me on Calendly. Just click here.