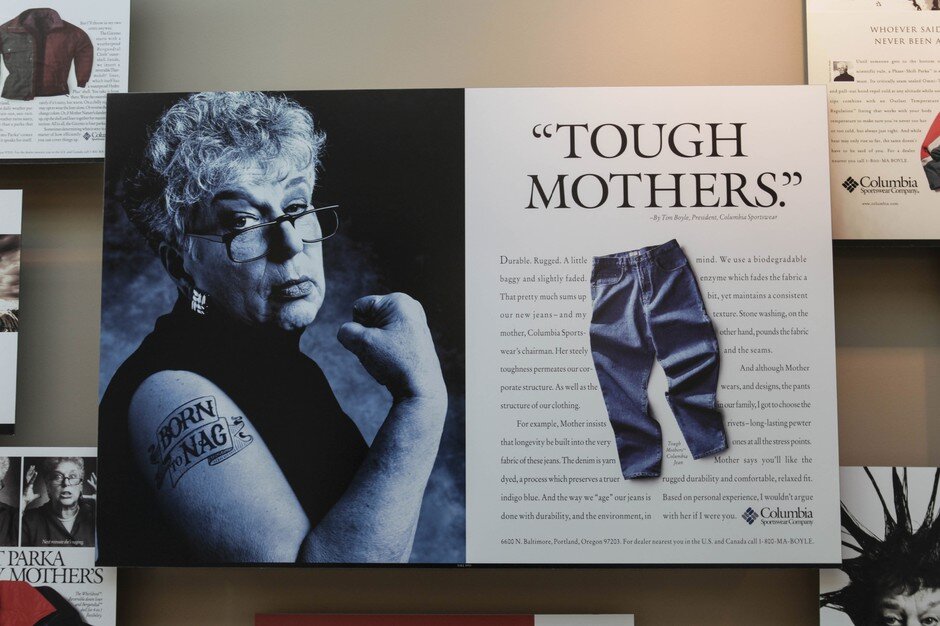 Gert inherited the family business in 1970 after her husband’s untimely heart attack. At the time, Columbia was generating $650,000 a year in sales, but was teetering on the brink of insolvency.

Although the company made a popular line of fishing and hunting apparel, profitability had been a problem for years.

After the first year as CEO, Gert seriously considered selling. But when the deal fell apart she dug her heels in, made some tough decisions, and with help from her son Tim, turned the business around.

The first image advertising for Columbia was a big miss.

With the tagline “We don’t just design it, we engineer it.” Columbia touted the technical aspects of their product.  Ooops. It was a message more suited for the biggest competitors, like Patagonia or North Face, than Columbia.

Their jackets sold for half the price of their competitors, and were perfectly suitable for 95% of the population who are outdoor  enthusiasts, but not extremists. The brand was more about braving the Oregon rain than assaulting the seven summits. 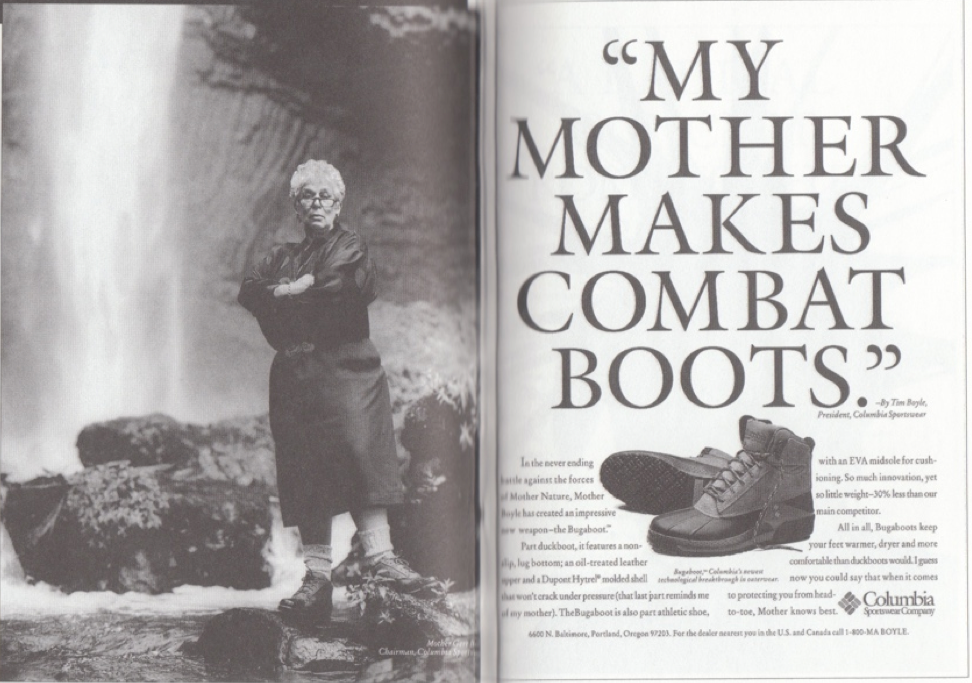 “The tall, thin, blonde models in our competitor’s ads may be easier on the eyes, but they don’t care about you like good old Mother Boyle.”

“The image created in the ads took hold. Instead of seeing us as just another outerwear company, our customers thought of us as the company where the cranky, crotchety old broad made sure they were getting a good product at a fair price.”

I guess I am not surprised they changed up their ad campaign. I just read something about this the other day, it is call complacency – they have attained / exceeded their goal, virtually no competition it isn’t about brand anymore, it is about bottom line and by going with a bigger agency they think they will get more. As if they needed anymore. What a pity.

My developer is trying to convince me to move
to .net from PHP. I have always disliked the idea because of the costs.

But he’s tryiong none the less. I’ve been using WordPress on a variety of websites for about a year and am worried
about switching to another platform. I have heard excellent
things about blogengine.net. Is there a way I can import all my wordpress content into it?

Any kind of help would be really appreciated!