Old-school advice from Mad Men: Improve response by using the USP in Advertising.

Life in an advertising agency makes for great TV drama. (If you haven’t binged on MadMen, you should.)  Sometimes the powerful men of those fictitious agencies can even teach us a thing or two. Like how to come up with a USP in advertising after downing 5 martinis over lunch. 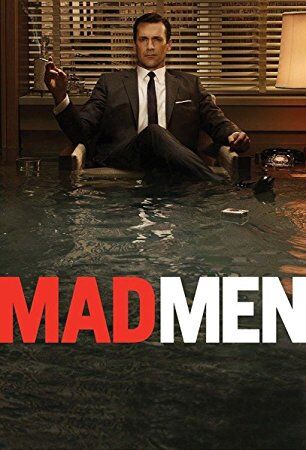 Donald Draper, the main character in Mad Men, is based on a real-life ad man of the 50’s — Rosser Reeves. As chairman of the Ted Bates Agency, Reeves produced some of the most memorable slogans of all time, like “M&M’s… Melts in your mouth, not in your hands.”

Creatively, Reeves’ TV ads were formulaic and boring by today’s standards.  He had blatant contempt for public intelligence and many of his commercials were banal and insulting

If you ever find yourself staring at a blank screen wondering what to say in your next ad,  tweet or blog post, Reeves is not a bad source of inspiration.

See, even though the media landscape’s changing faster than you can say “Tc Toc” the fundamentals of good message development still hold true — 50 years after Reeves coined the phrase “Unique Selling Proposition.”

He defined the USP in advertising as “The quality by which a given product is demonstrably different than all others.”

“Demonstrably” is the key word here…

He could look at a product, size up the research, and extrapolate a USP that no client had ever considered. He was an expert at positioning, 30 years before the term was ever invented. Strategically, his work was brilliant. 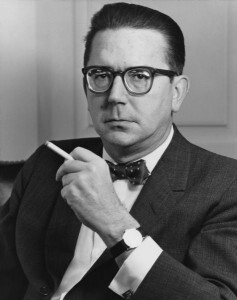 Here are the rules that Rosser Reeves lived by

• Stick to one idea only.

Reeves was adamant about adhering to one simple USP  in advertising that the viewer could easily absorb. He didn’t throw three ideas into a 30-second ad! It’s branding basics that still ring true today.

Back then, his Unique Selling Propositions really were unique. For Colgate Reeves devised the claim “Cleans your breath as it cleans your teeth.” In reality, every toothpaste does that, but Colgate was the first to make the claim. Reeves hammered that idea home over and over and over again on network television. He never deviated from that message, and it worked.

Takeaway For Today:  When it comes to a USP in advertising or anything, less is more.

Your pitch needs to be honed down to seven words or less. Like you’re doing a billboard… You can’t have two or three ideas on a billboard or in a social media post, for that matter. Keep it simple.

• Leverage the drama of television and/or video.

Back in the 50’s product demonstrations were a required element of almost all television advertising. Reeves understood that, and he used Television quite effectively.

The whole idea of a USP was to be demonstrably different. If it couldn’t be demonstrated for the world to see, it wasn’t a USP.

Takeaway For Today: Don’t just tell people about your product, show them.

Take a lesson from Reeves and demonstrate something. YouTube is the perfect venue for that. Find the drama in your business or product, and feature that in your ads, online videos, or wherever you have an audience. Have you ever seen “Does it Blend?” That’s a great example of modern demonstration advertising leveraged with social media.

Back in the Mad Men days, ad agencies got paid on commission. More “frequency” translated to more revenues. (In other words, the more times a commercial aired, the more they made, so their media budgets were generous to say the least.) They never abandoned a campaign that was working. Just because you’re tired of your own message doesn’t mean consumers are.

Takeaway For Today: Use only one USP in Advertising at a time, and leverage it for all it’s worth.

With today’s fragmented media environment, it’s harder than ever to get your message across consistently. So its even more important to define your core brand message and stick with it. If you have your value proposition (USP) nailed down, and a campaign that’s working, don’t quit. Milk it for all it’s worth. Keep the brand messaging consistent on everything from Facebook to outdoor boards.

His slogans would repeat certain sounds or words, to great effect. Like this: “Only Viceroy gives you 20,000 filter traps in every filter tip to filter, filter, filter your smoke while the rich, rich flavor comes through.” (Bad example, but you get the point.)

Takeaway For Today: Pay close attention to how your spots sound.

On TV or on the radio, every syllable should be scripted for its sound quality. Is there anything in that 30 seconds that’s memorable, or does it sound like everything else out there?

At the Ted Bates agency most TV spots featured official looking men in white lab coats demonstrating products and proving product claims. It was authoritative salesmanship. It was science. During that period in American history, it worked.

Takeaway For Today: There can be no Credibility without Authenticity.

Reeves focused exclusively on product-oriented USPs, like all those filter traps in the Viceroy cigarettes. But these days, we usually have to dig a little deeper to find a pitch that resonates with people.

Case in point… When Goodby, Silverstein started working on the California Milk account they learned that the health benefits of milk didn’t resonate with anyone. Just because healthiness is a benefit of milk, doesn’t mean it’s THE benefit to put in your ads.

“Milk. It does a body good” simply wasn’t doing much good for milk sales.

Instead of focusing on what happens when you drink milk, the account planners at Goodby decided to take the opposite approach and focus on what life is like without milk.

This insight was based on two universal truths revealed in the research:

No other organization was taking this approach, and the creative teams at Goodby did a superb job of executing the seemingly negative idea in fun, memorable ways. “Got Milk” will certainly go down in advertising history as one of the all time great campaigns.

Takeaway For Today: When it comes to your USP in advertising, don’t settle for the obvious.

You can’t just take your sales presentation and put it in a 30-second radio spot. You have to dig deeper than that. You have to step out of the bottle and approach it from an entirely different perspective. You have to take time to sift through all the trivial little details that come up in focus groups and sales meetings and hone in on one resonant truth.

One main benefit. One compelling message. One thing you can — and should — hang your hat on. The Donald Draper, Rosser Reeves USP.

Once that’s done you have to find a way to communicate the USP more creatively than Reeves ever could.

For more on USPs and how to choose the right advertising messages, try THIS post:

People can learn a lot from the show. I remember the episode in which Don transforms a slide projector from Kodak into a carousel (with the strong emotional story), now that’s a nice way to sell a slide projector.