Wait, what??? The 5 worst words in marketing

I am not stupid. I can connect the dots pretty well when it comes to concepts, jokes, images and nuances of commercials, print ads or social media posts. And yet, I often find myself scratching my head saying “HUH?”  Which is, unfortunately, one of the worst words in marketing.

Here are a few others that I’ve heard uttered:

“What the hell was that?”

“What were they really trying to say?”

“What were they thinking?”

“Why should I care?”

Or worst of all, “Wait, what? That doesn’t make sense.”

Job #1 of any marketing person, business owner or copywriter is to eliminate confusion.  When people react with words like “huh?” you’ve failed miserably. 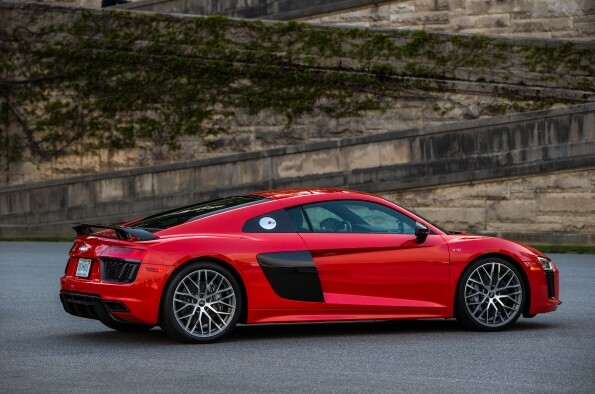 The new version of the Audi R8. Plenty of good words come to mind. “Huh” is not one of them.

Here’s a good example from an old superbowl telecast… The Godfather spot for the original Audi R8.

Normally I wouldn’t waste my breath critiquing the commercials that debut during the game, but this one really got me because it’s a brand I love.

But we’re talking about advertising that makes you go “huh” not sports cars that make you go “wow.”

Give credit to Audi for breaking away from the usual automotive cliches. The spot in question is a take-off on the most famous scene from The Godfather, circa 1975… the horse head in bed scene.

Cut to a creepy old guy asleep in bed. He wakes up, pulls the sheets back and reveals, horror of all horrors, the disembodied front end of an old Bentley. His screaming is really quite disturbing.

Cut to a product shot of the R8 zooming out of the driveway. The tag says, “old luxury just got put on notice.”

I had to watch this spot three more times before I could identify the front end of the car as a Bentley. Or is it Rolls? And the old man is covered in oil instead of blood.

I get it. Talk about over the top! It’s a great piece of cinematic advertising, but it’s not good brand management. Even though it left most people scratching their heads, it’s ranked as one of the top 50 car commercials of all time.

In the advertising business the technique is called “borrowed interest.” Usually it’s reserved for me-too products in categories with low involvement and little inherent interest. Like non-aspirin pain relievers or feminine hygiene products.

You have “borrow” interest from something that people are actually interested in.

But that’s definitely not the case here. The Audi R8 is one of the coolest, meanest looking new cars in years. Who needs to borrow an old movie scene to advertise such a great product? Couldn’t the creative team find any inspiration in the R8 itself?

And why, may I ask, is Audi positioning the R8 against an old Rolls Royce? Not exactly on brand for that particular model.

The R8’s a super car — more comparable to a Lamborgini than a Rolls. Not exactly apples-to-apples.

I doubt I’m the only person who’s confused by Audi’s approach. I bet the worst words in marketing come up all the time in context with that ad…

Why sacrifice clarity for an elaborate spin-off that leaves many people feeling completely clueless? Nobody’s going to spend time figuring out the message like I did.

Besides, if I worked for Audi I’d want people talking about the car, not the commercial.

It seems like the R8 spot was conceived with no clearly defined message in mind. As if the brand manager said, “hey, let’s spend four million dollars and introduce the R8 at the Superbowl this year. Wouldn’t that be cool.”

Nobody took the time to figure out the strategic intent of the spot before the creative team sat down. In other words, Audi didn’t know what they wanted to say besides “introducing the new R8.”

Was it really their intent to scare Rolls Royce and Bentley? I can’t imagine. Maybe someone thought the car was a little over the top, so they did a commercial to match. Who knows?

Chances are, you don’t have 5 million dollars earmarked for one, single commercial. But if you did, wouldn’t you want to avoid confusing people?

Wouldn’t you want the best ROI you could possibly get?  If so, then make sure your marketing messages have these three things covered: Relevance. Credibility. Differentiation. These are the three best words in marketing.

There are thousands of ways you could tell your brand’s story, but the trick is to make your message relevant to the specific group of people you’re targeting at that particular time and place.

Is the Godfather really relevant to football fans who’d seriously consider an Audi R8? Will that movie reference resonate more than the car itself? I doubt it.

The second thing is credibility. Consumers these days are highly skeptical of any commercial pitch, and a claim that leaves them scratching their head will never pass the credibility test.

Confusion’s not credible. It’s never a good idea to make your target audience feel like idiots.

I have to admit, the four-second shot of the R8 at the end of the Godfather spot is enough to differentiate it from any other car on the road. All the rest of it’s just Superbowl ego-marketing nonsense.

Before you place your next ad, be sure to do the “Huh” test. Listen carefully to the feedback and if a lot of people come away saying “Huh, I didn’t get it,” then you need to rethink the ad. There are plenty of great, creative ideas that won’t leave people utterly confused.

But do your ad agency a favor and get that feedback early in the process. Before you film anything and blow the production budget. And trust your instincts… if it feels confusing to you, it’s almost guaranteed to be confusing to people who aren’t as familiar with your product or service.

And while you’re at it, also do the “Duh” test.

Is the spot so obvious and banal, the reaction is, “Duh!” You don’t want that  either. That’s also one of the worst words in marketing.

For more on clarity in advertising, try this post.