Everyone’s talking about “big data” and how data-driven marketing is the holy grail of marketing. There’s no doubt, big companies have more data to work with than ever before. And that data often contributes to successful marketing initiatives.

But it can also be a drag. 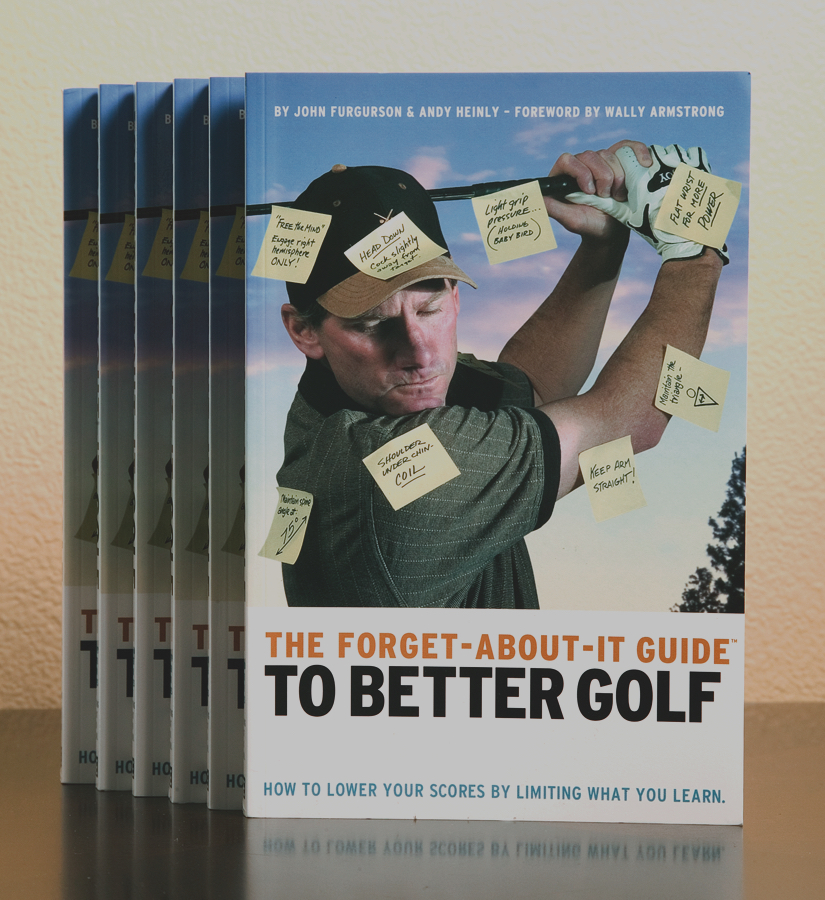 Thanks to new technology, golfers can now get data on every little nuance of the golf swing. Hop on a launch monitor for 30 minutes and you’ll have more swing data than you could ever possibly decifer. And with shot-tracking technology, you can analyze every last shot of every round.

If you’re thinking too much about the mechanics of your swing — rethinking the last shot, regripping the club and worrying about the position of the left pinky at the moment of impact — your execution will fall short.

It’s easy to get paralyzed by all the data that comes along with your long list of marketing tactics.

People get stuck in a rut of over-analysis. They think things to death and worry about all the wrong details. When they finally pull the trigger on something, it doesn’t meet expectations because, perhaps, it was micro-managed.

Which, of course, makes it even harder to pull the trigger the next time.

Blame it on fear. Fear, ego and insecurity. Most marketing managers are not operating in corporate cultures that encourage frequent failure. Just the opposite. So they’d rather do nothing than launch a campaign or initiative that might not produce stellar results.

Instead, they bide their time by gathering data, analyzing the situation, planning, second guessing things and making up excuses. For a lot of these people, date-driven marketing is a safety play.

“Well, as soon as we know exactly what the break down is of last quarters numbers and compare those to the previous fiscal year we’ll really know where we’re going. We can’t do anything till then.”

In small businesses you can’t get away with that for long. And there are times, even in a corporate environment, when you have to trust your gut and  “Just Do It.” 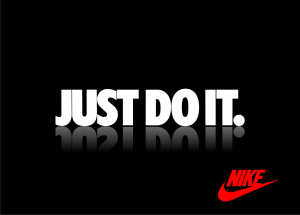 When Nike launched the famous “Just Do It” campaign in 1988, they had no market research data whatsoever. In fact, the top managers at Nike were absolutely anti-research. So the brief given to the advertising agency Weiden & Kennedy was pretty simple:

“We should be proud of our heritage, but we have to grow this brand beyond its purist core. We have to stop talking to ourselves. It’s time to widen the access point.”

Widen it they did!  In “A New Brand World, Scott Bedbury said, “The unique brand positioning of “Just Do It” simultaneously helped us widen and unify a brand that could have easily become fragmented. The more we pushed the dynamic range of the Just Do It commercials the stronger the brand positioning became.”

“Just Do It” will go down in history as one of the most successful and memorable slogans of all time. It cemented Nike’s #1 position in a massive market and became the cultural soundbite of an entire generation of wannabe athletes and weekend warriors.

And they did it without “big data.” No one would have called it a data-driven marketing initiative.

Don’t get me wrong, when it comes to jump-starting the creative process there’s nothing better than a veteran account planner with good research and a brilliant creative brief. But let’s face it, that scenario only applies to one-tenth of one percent of all marketing efforts. Only the biggest brands with big ad agencies can afford that luxury.

Most business owners are only dealing with little bits of data, pieced together from various sources like Survey Monkey, sales meetings and customer comment cards. If they’re operating from a place of fear and insecurity, this piecemeal data is not enough to go on. They’ll always need more. Always hedge their bets saying “we don’t have enough information to go on.”

At some point, they just have to move forward, regardless.

And here’s another type of “data” that constantly sabotages progress: Institutional memory. Managers who have worked somewhere for a long time often say ” we don’t do it that way.” Or “this is how we’ve always done it.” Their institutional memory overrides good new ideas or any insight that might be generated by data-driven marketing.

And how’s that working out?

Insecure marketing managers are often the ones who know, deep down, that they’ve been promoted beyond their level of competence. They’re afraid of being found out, and that fear affects everything they do. 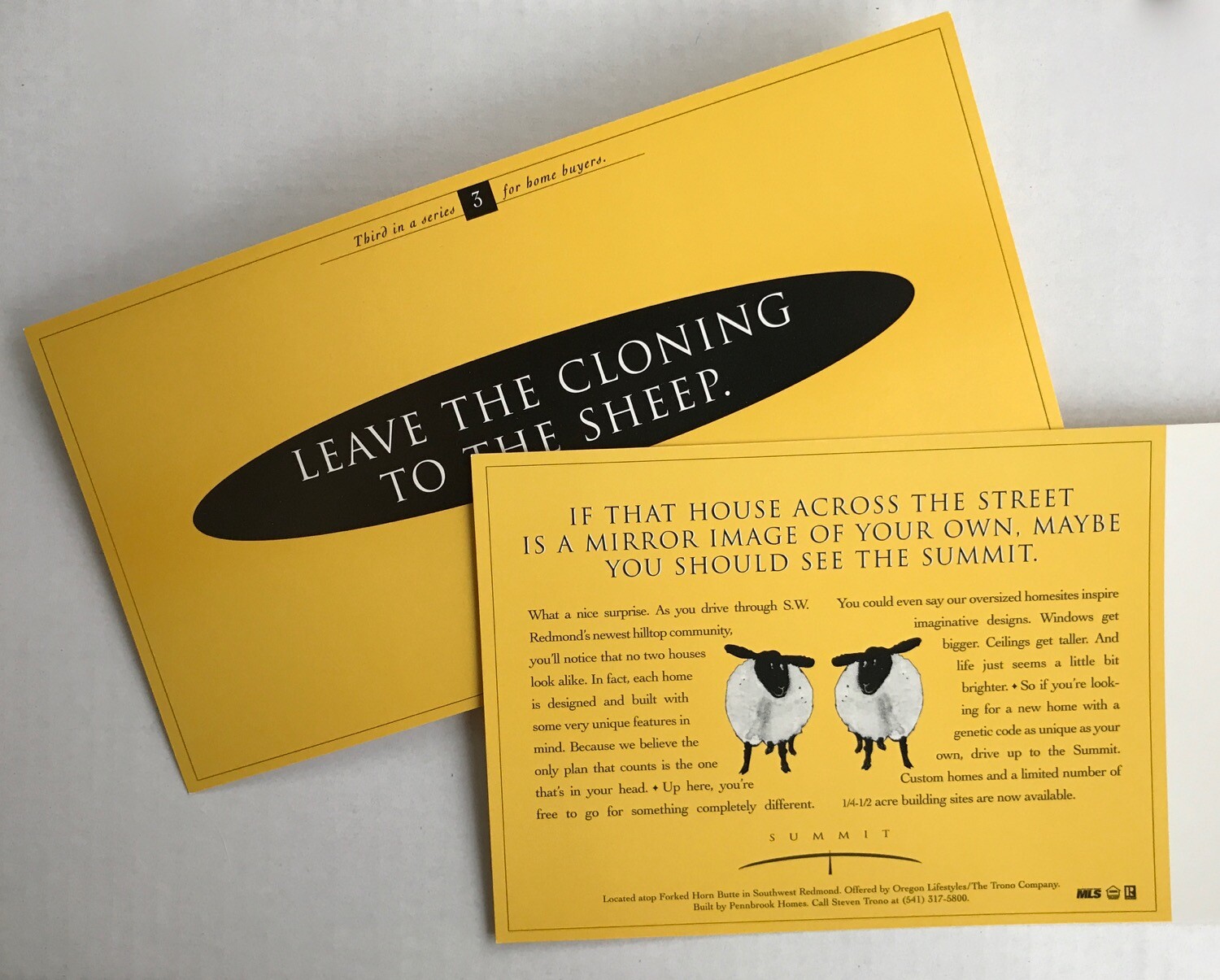 They fill their teams with clones of themselves and with sub-par talent in order to elevate their own status. They find their way onto teams that are led by other grade C executives, rather than A-grade players. They squelch initiative and kill great ideas at the drop of a hat.

Avoid these people at all costs!

To the insecure over-analyzers I say this:  Pull your head out of the data and Just Do It!

The best way to gather more data is to get something done and then look at the results. At least your missteps and blind alleys can lead to insight about where NOT to go next.

If you do nothing you have nothing to go on. No new data.

One of my favorite sayings applies here: “Action is the antidote for despair.” If you’re stuck, do something besides more analysis and more stewing.  Take action and keep in mind, failure is, ultimately, the key to success.

Creative types— the writers, art directors and designers who execute great ad campaigns — know this intuitively. Getting shot down comes with the territory, and we always have five more good ideas ready to roll. If only the client would just let go and pull the trigger.

For more on how to manage your marketing efforts, check out THIS post.

Hiya very cool website!! Guy .. Beautiful .. Wonderful ..
I will bookmark your website and take the feeds also?
I am satisfied to find numerous useful info here in the post, we need develop more strategies on this regard,
thanks for sharing. . . . . .