1 Pepsi logo redesign – A new spin on the Pepsi logo.

The Pepsi logo redesign is generating hives of buzz in branding and design circles. It’s not surprising… whenever you start messing around with one of the world’s most recognized commercial icons, people are going to talk. 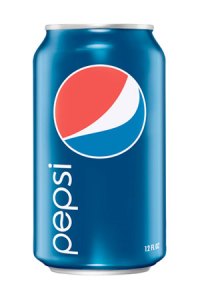 But it’s not like grocery carts are piling up in the beverage isle while soccer moms wax eloquent about the new design aesthetic. The general public could care less.

All the usual responses to a major branding makeover. But now, since the “rationale” for the new logo is circulating on the web, the debate has taken on a viral life of its own.

“Every page of this document is more ridiculous than the last ending with a pseudo-scientific explanation of how Pepsi’s new branding identity will manifest it’s own gravitational pull.”

The L.A. Times was equally critical:

“Behold, then, the scattered and burning debris field of one of corporate America’s most misbegotten image makeovers… According to the brief, the new Pepsi logo lies along a trajectory of human consciousness that includes in its arc the Vastu Shastra, a 3,000-year-old Hindu architectural guide; Pythagoras (the Golden Section); the Roman architect Vitruvius; the Fibonacci series; Descartes; and Corbusier.”

(Kinda reminds me of the rationale used to justify an empty blue rectangle for the Nationwide Insurance Logo. But in this case, the design itself isn’t that bad.)

Maybe the controversy is what the design firm, Arnell, had in mind all along.

There’s talk of the whole thing being a hoax, that Arnell created the brief document AFTER  the fact just to poke fun at their critics and generate media attention.

If that’s the case, the stunt has backfired, big time.

The brief makes Arnell look like corporate bandits, it makes Pepsi look bad for buying into the rationale, and it discredits the entire branding industry.

It’s hard enough to get C-level executives to take branding seriously, without this kind of nonsense floating around.

Great design speaks for itself. You don’t need a physics thesis to explain it. It just works.

My 11 year-old daughter likes the new Pepsi logo redesign. (Says it makes her happy.)  And now that I’ve read the exhaustive brief, I know why… 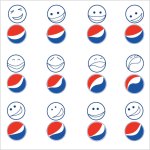 An overanalyzed, underwhelming, million dollar smiley face. It even comes in a variety of grin sizes. (Apparently regular ol’ Pepsi gets a smaller grin than the newer versions of Pepsi, like Pepsi Max. Whatever that is.)

Pepsi’s going to spend more than a billion dollars redoing all their packaging, vending machines, trucks, POP materials and everything else. The new logo’s going to be EVERYWHERE!

So I’m kinda glad Arnell changed the old wavy logo into a smiley face. I’m just not sure about their methods.

For more on corporate rebranding and logo design, try this post. 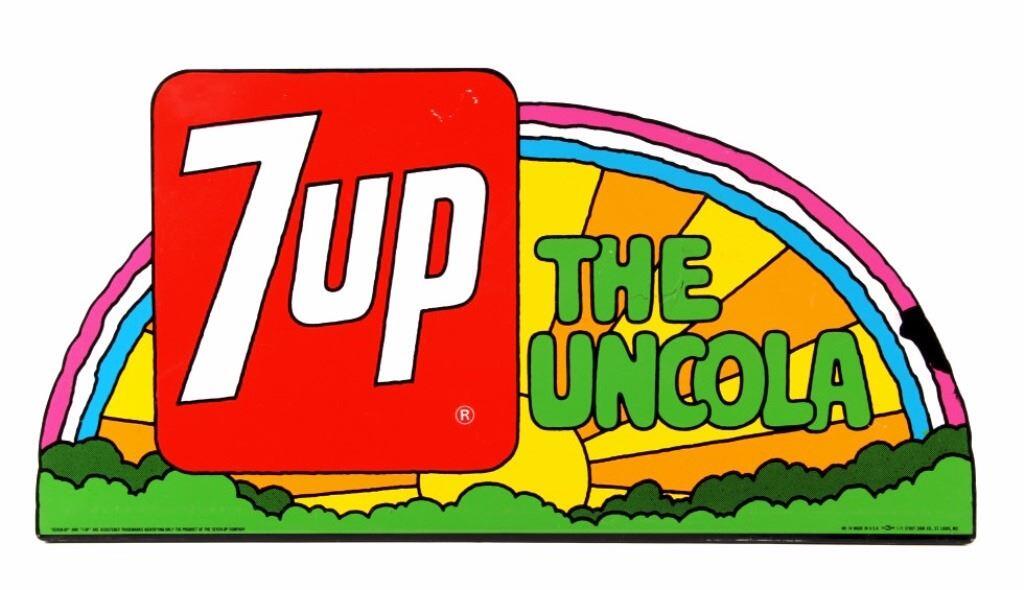 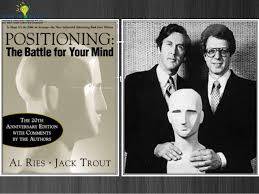 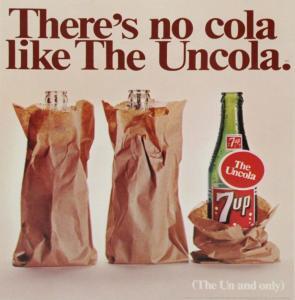 Finally, The Uncola tapped into the collective consciousness of the times. The new branding made 7Up relevant to the young people who account for a large portion of soft drink sales.

The campaign tapped into the prevalent anti-establishment mind set of the late 60’s. It actively encouraged defiance against the cola establishment and portrayed 7-Up as a symbol of dissent. The entire campaign summarized the popular values of the public and catapulted 7-Up into the position as the third leading soft drink in America. 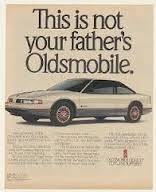 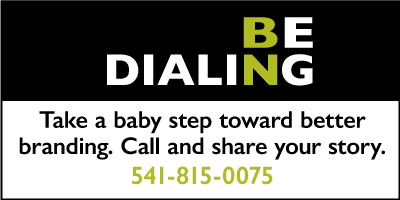 There’s an important distinction to be made here between niche marketing and positioning.

Cadillac can decide to focus on the luxury sports car niche and can build a car specifically for that purpose. But that does not mean the product will ever be perceived that way in the minds of the consumer. The problem is, Audi and BMW already occupy that space in the consumer’s mind.