Insurance industry marketing isn’t exactly exciting stuff. Not on most people’s radar, for sure. And yet when my kids were just 9 and ll they could sing the slogans of every major insurance company in the country. They had been exposed to so many commercials, they knew ‘em all…

“Nationwide is on your side.”

“You’re in good hands, with Allstate.”

As a parent, it’s alarming. As a branding professional, it’s very interesting.

How could Progressive Flow,  The Geiko Gekko and Mayhem Man become so ingrained in our everyday lives?  And why would the insurance companies spend millions on advertising that reaches children? Seems like their media buy on the Disney Channel and on ABC Family is a lot of wasted exposure.

But then I think about my own experience, and it sort of makes sense.

My parents were insured by State Farm, so that’s all I knew when I bought my first auto policy. My wife had a State Farm agent when we got married. It never occurred to me to look anywhere else, and we’ve never had a compelling reason to change.

Insurance industry marketing is a matter of momentum… if you can get ’em young you’ll probably have ’em for for a long time. 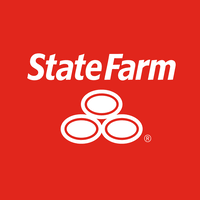 Because Insurance is one of those low-interest, out-of-sight-out-of-mind service categories that no one really wants to think about. I’d rather have a root canal than deal with insurance of any kind. And that’s why those early branding efforts are so important… once they have ya, they have ya.

We’ve stayed with the same insurance company for almost 20 years not because State Farm has good service or great rates. Not because we’re loyal to our agent, who lives 120 miles away and never speaks to us. It’s because we absolutely hate the thought of switching.

It’s like brand loyalty by default. Life, auto, home, boat, cabin… We’re all in, and the hassle factor of changing insurance carriers is just too much to even contemplate.

But that was before we ever filed a major claim. Before our little winter disaster. That’s when all that insurance industry marketing hype came crashing in around us. 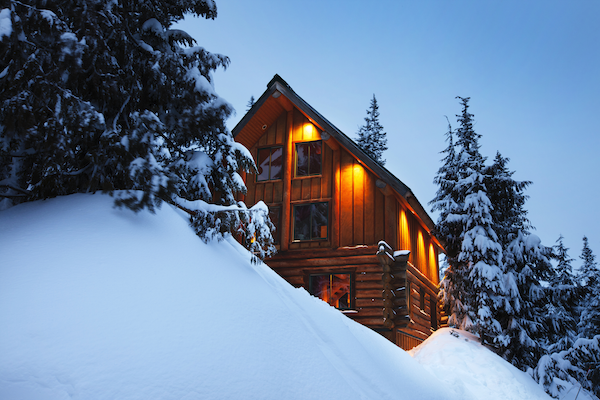 It always snows a lot in the Oregon Cascades, but January 2012 was crazy. The garage/shop at our mountain cabin eventually collapsed under the weight of 10 feet of heavy, wind-packed snow. It was a total loss, to the tune of about $75,000.

Naturally, we called our Sate Farm agent. Her assistant put us in touch in contact with a claims adjuster, and for the first time, we realized that State Farm is like two separate companies. The independent agents who set up the policies and collect the money have nothing to do with the claims adjusters who pay money out and deal with the stressed out customers who have experienced a disaster. Of any kind.

For 80 years, State Farm has branded itself as a neighborly, down-home sort of company that would be there for us, if we really needed ‘em. That’s the perception they’ve spent millions to maintain. That was the perception I grew up with.

The reality, however, is quite different indeed.

The lady who’s supposed to be handling our claim definitely didn’t get the memo about being a good neighbor. In fact, any goodwill that State Farm has built up with us over the years went right out the window with just one claim. It was a nightmare.

It took seven months before they finished cleaning up the disaster area. Our neighbors were not happy!  State Farm covered the loss, eventually, but the process was painful at best. When we called our devoted agent to complain, we got nothing but excuses and second guessing.

I can’t even imagine what the Hurricane Katrina victims must have gone through. The State of Mississippi finally had to sue State Farm to get them to pay the claims due.

Talk about a PR debacle. Instead of looking like a good neighbor, State Farm came out of that storm looking like an evil, corporate giant that could care less about the little people. I’d love to know how much market share they’ve lost since then.

There are two important morals to this saga:

1. When it comes to branding, actions speak louder than words. You have to be very, very careful about promising something in a slogan or ad campaign that you can’t deliver day in and day out. The promises that are routinely made in insurance industry marketing are hard to live up to.

2. Branding is not just a function of the marketing department. It’s also an operational issue.

State Farm’s claims operation is out of alignment with their brand. The sales side and the claims side are not operating from the same playbook, and State Farm can’t fix their problem by changing their tried and true slogan.

They have to change the way their claims division works in order to live up to the brand. They need to align the experience with the brand promise.

A tall order, no doubt.

Brands have always been about trust, and promises kept. For me, State Farm betrayed that trust. The behavior of one claims adjuster was so “off brand,” it actually prompted me to  start the long and painful process of changing insurance companies.

I went with Progressive for one reason only… I can do business entirely on line, and the user experience is quite pleasant. I don’t have to deal with an agent at all.

At least until I have to make a claim. Then we’ll see how Flow compares to the “neighbors” at State Farm.

Notice anything different at your local Starbucks lately? I sure have. The familiar green and white logo on the cups is missing. It’s a travesty to brand-conscious graphic designers everywhere.

At first glance I thought maybe it was just a corporate cost-cutting measure — the result of tremendous Wall Street pressure to improve performance. But once I looked a little closer, I noticed something even more revealing:

Starbuck has bared her breasts! The mermaid that’s been the Starbucks icon from day one, has gone back to her topless, hippy roots.

There are a lot of other changes going on at Starbucks in Seattle — you might even call it a corporate shake-up — but none are as symbolic as the undressing of the logo. I take it as a sure sign that CEO Howard Schultz is serious about stripping away some of the fat and refocusing on the core of the Starbucks brand .

That little nod to the humble heritage of his company says a lot. The green logo has just two words: “Starbucks Coffee.” The retro logo reads “Starbucks Fresh Roasted Coffee.” It’s a reminder to the world that Starbucks has always been obsessively focused on the quality of it’s product.

In his book, Pour Your Heart Into It, Schultz says, “The number one factor in creating a great, enduring brand is having an appealing product. There’s no substitute.”

I know a few coffee snobs who claim that Starbucks isn’t as good as the local guy’s Ethiopian Tega & Tula. And they may be right. But I also know that Starbucks beats the hell out of the mom & pop drive-up operations that have appeared on every corner.

At Starbucks, the product is consistent. The coffee is just as good as ever, but the company has made some operational decisions that have had a subtle effect on our perception of that quality. Shultz seems determined to correct that, and if his track record over the years is any indication, he’ll pull it off.

Ever since I read his book back in ‘99 I’ve used Schultz and his organization as a great example of focused leadership, exceptional execution and textbook branding. He has always been the brand champion in that organization. He was one who introduced the idea of gourmet coffee to a nation of Folgers drinkers, and he has always fought to maintain quality standards even during their hyper-rapid growth.

Shultz is adamant about controlling the brand experience as much as possible, down to the last detail. That’s why the company never sold franchises. At first, Shultz didn’t even want to sell coffee in paper cups at all, lest it detract from the experience and affect the flavor.

So these new “transformational initiatives” of his are no big surprise.

First thing is to recapture that appealing coffee aroma in every store. Believe it or not, that smell of fresh roasted coffee is every bit as important to the brand as the look of the stores or the music they play. It works on a subtle, subconscious level, but the bottom line is, you won’t hang out and enjoy your double half-caf mocha if the place doesn’t smell good. So Starbucks is going back to manual espresso machines and killing the sale of breakfast sandwiches.

The Starbucks business model is based on the idea of the third place… that we all need a relaxing getaway that’s not home and not work. To me, it’s more of a romantic, Vienna coffeehouse experience than a quick, Italian espresso shot. So the roll-out of free wi-fi service is long overdue. Paying for an internet connection at Starbucks was just idiotic to me.

The third and final cornerstone of the Starbucks brand is its own people.

“We built the Starbucks brand first with our people, not with consumers — the opposite approach from that of the cereal companies,” Shultz said. “Our competitive advantage over the big coffee brands turned out to be our people.”

Starbucks doesn’t just talk about treating people well, the company really does. In the retail food service industry, where getting good help is always a challenge, Starbucks leads the way with its pay scale, benefits packages, training programs and retention rates.

“We believed the best way to meet and exceed the expectations of customers was to hire and train great people. That’s the secret of the power of the Starbucks brand: the personal attachment our partners feel and the connection they make with our customers.”

The company also listens to its front-line employees. The idea for Frappuccino came from the store level. The new website, mystarbucksidea.com, started out as an internal feedback tool for employees. Now anyone can go online and post their own ideas for Starbucks, vote for the best, and see what’s being implemented.

Which brings us back to that idea of reintroducing the old logo, circa 1971.

The change coincides with the introduction of a new house blend, called Pike Street Roast, for people who just want a good, robust cup-o-joe. In that context, and with everything else that’s happening at Starbucks, the branding throwback makes perfect sense.

The mark was originally inspired by a woodcut image of a Norwegian mermaid, fully exposed. Over the years, as Starbucks grew and became “more corporate,” the logo slowly morphed. Eventually the designers gave her long hair, which covered her breasts and made her more palatable to a broad commercial audience.

Now Shultz wants to go back in time. Back to when the company wasn’t really worried about offending anyone on Wall Street. Maybe this little flash of skin is just what the company needs.