Effective Personal Branding — The corporate head shot is not the ticket.

Recently we had a client who didn’t like the photos we had taken for her website. She didn’t appreciate the fact that we had done something different than the usual, corporate head shot. She said they didn’t look “professional enough”  — didn’t think it was good personal branding.

The problem is, her idea of “professional” translates to invisible. Because everyone has a boring “professional” portrait. And doing the same thing is the worst thing for your personal branding efforts.

Just because you’re in a professional job, such as real estate, insurance or law, doesn’t mean you have to look professional in a boring corporate sense. That’s classic, rear-view mirror thinking… “well, that’s how they’ve always done it in my business, so I better do it too.”

Nonsense.  If that’s how it’s always been done, do just the opposite. Differentiation is the name of the game. Relevance, Differentiation and Credibility. Those are the fundamentals of personal branding.

You’d never differentiate yourself on Match.com with a stiff, corporate photo, so why would you sell yourself that way in professional circles? What sells on Match.com is the same thing that sells in the corporate world: Real life. Personality. Emotions. And Honesty.

Deceptive images might get you one date, but they won’t work in the long run.

Realtors are acutely aware of their personal branding efforts. And yet, they’re notorious for using crummy, outdated photos.

I rejected a realtor once because of her photo. I interviewed her because she had done a lot of advertising. Her face was everywhere! But when I met her in person I was literally taken aback.  She didn’t even look like the same person. She was at least 25 years older than she appeared in her photo. 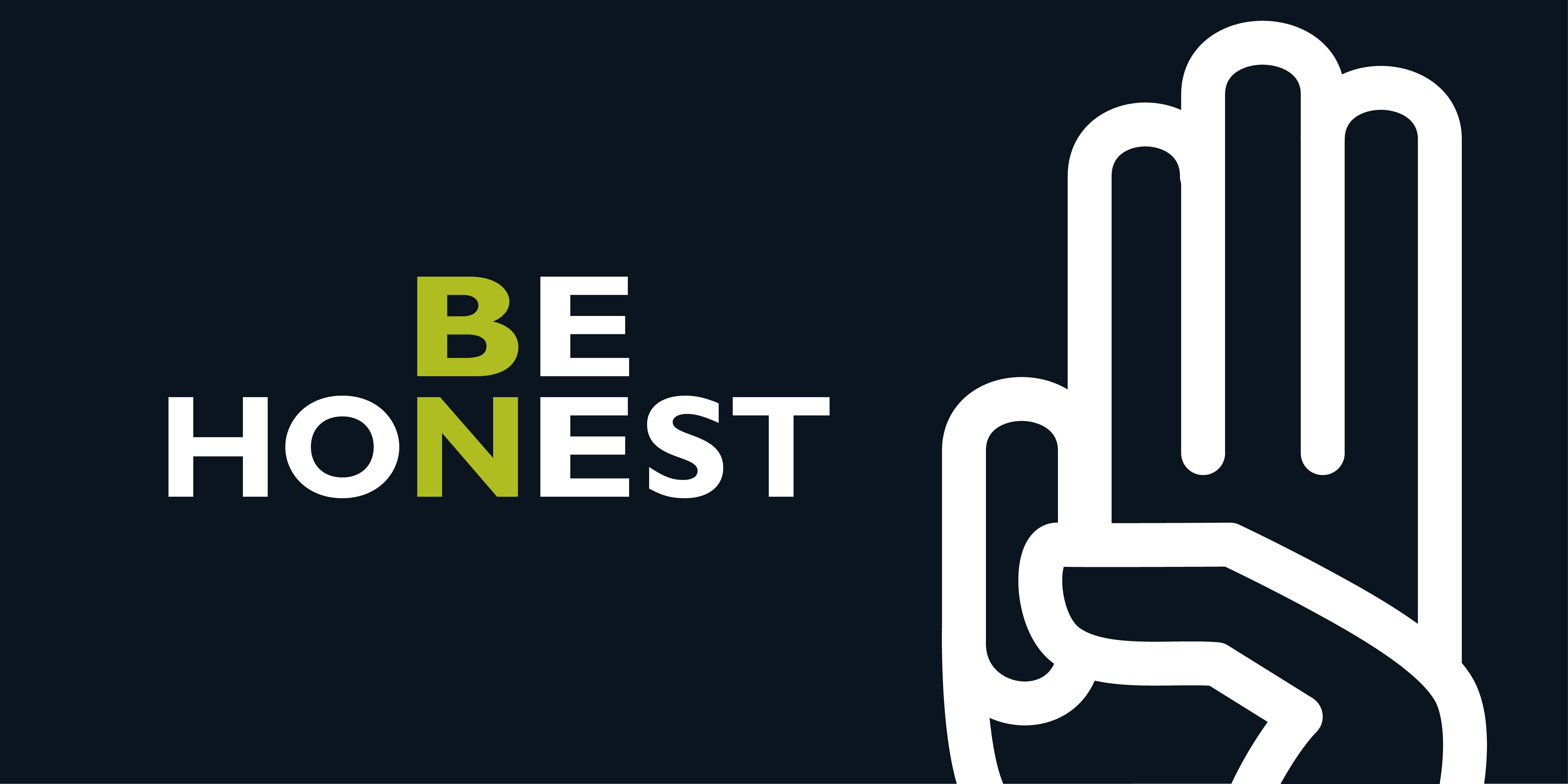 I didn’t discriminate because of her age, I rejected her because she wasn’t honest with me. She purposely — knowingly — misrepresented herself. And for me, that’s a deal breaker.  It’s not a big leap to think she would also mis-represent my house, or my position in a negotiation. 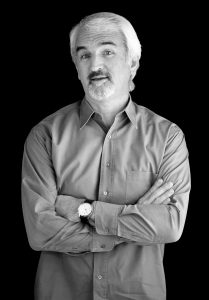 So, no thanks.  Next candidate. There are plenty of other realtors waiting in the wings.

I suspect a lot of hiring managers think the same way. It’s human nature in a superficial world. We make snap judgments without even knowing we’ve made them. We are all biased, especially when it comes to looks.

So unless you’re super-model hot or as handsome as George Clooney, why would you want to show your face on every ad, every card, every page of the website? Besides ego.

A headshot does nothing to differentiate you from the rest of the realtors, lawyers, consultants or insurance agents with boring corporate headshots.

On the contrary.  It lumps you in with everyone else. All the bad moustaches and lousy suits on the guys make you look like you belong in a police line-up. And 90 percent of the women look like they’re trying way too hard. (Can you say “photoshop?”)

Successful personal branding hinges on authenticity, and there’s nothing authentic about most corporate head shots.

Some have argued that Realtors should include a portrait because “they don’t have a product to sell. They are the product. “

I suppose that’s true to some extent. The problem is, they’re all “me-too” products.

That is, they all do exactly the same thing, in the same basic manner. There’s no difference in service from one to the other, and most head shots shot confirm that suspicion.

Realtors, dentists, attorneys, and millions of other “professionals” perform a service. How a head shot looks has no bearing whatsoever on their ability to provide a good, valuable service.

A head shot may, or may not, help establish credibility. Someone might say, “well she looked trustworthy,” but unless you look remarkably different than everyone else in your market area, it will not help differentiate you from the thousands of competitors. 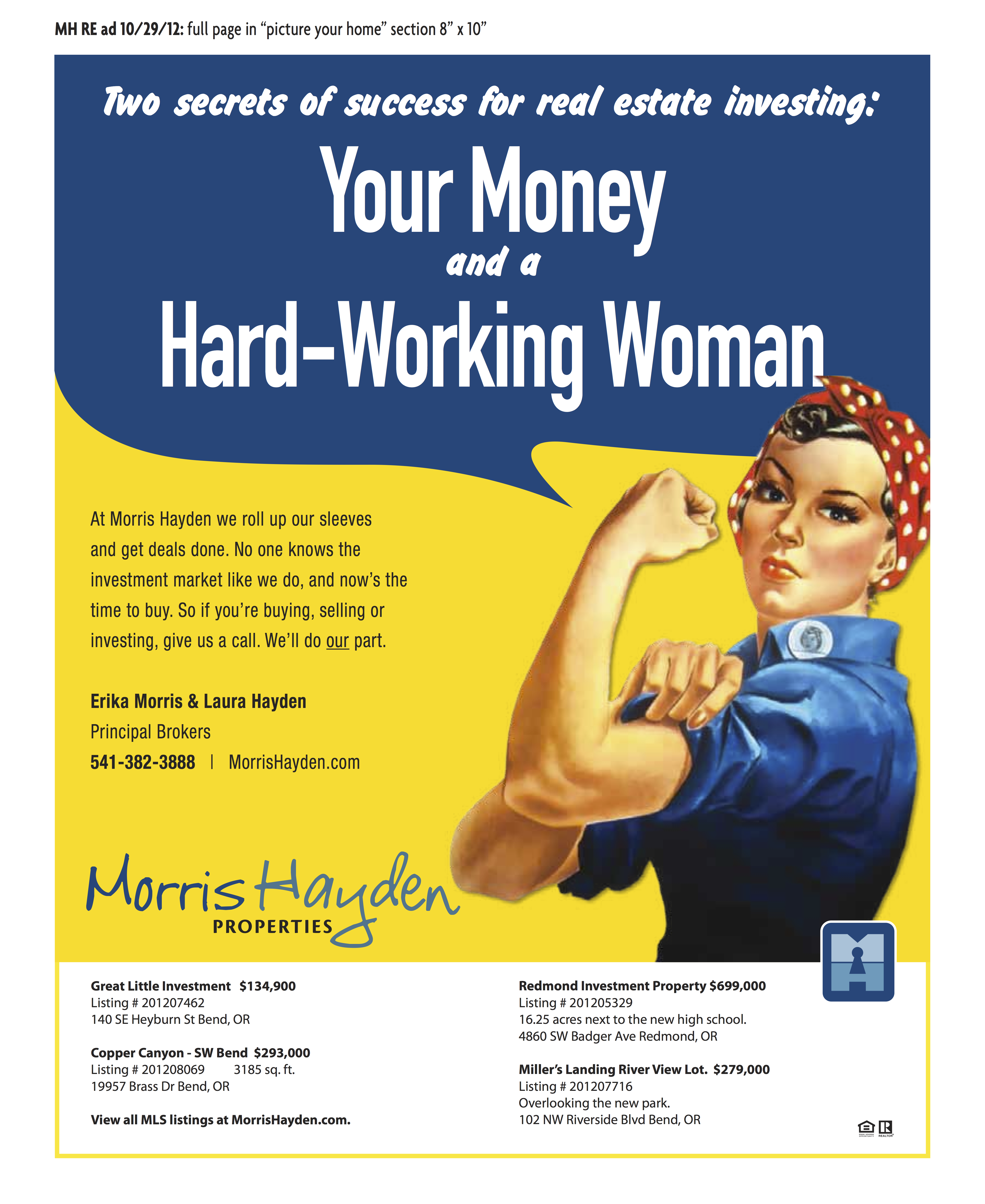 Rosey is a symbol of strength for our client, Morris Hayden. Works much better than the client’s photo ever could.

Instead of showing yourself, why not find something that’s more meaningful…  an image, graphic or a logo that means something to you, and possibly even conveys a benefit.

Use a symbolic, conceptual image that isn’t so darn obvious. A bit of mystery is a powerful marketing tool.

Or better yet, devise a service that actually IS different, and then show that. Find a simple image the conveys that difference at a glance.

If it’s not a relevant photo, it’s not good personal branding.

If you’re selling your services as a bouncer, your physical looks are absolutely relevant. You have to look like a bad ass, so your portrait should be shot in dramatic, intimidating fashion. Black and white. Forced perspective. Arms folded and straight faced.

Same thing if you’re a personal trainer. A photo of your physique is proof that you know what you’re doing.

But that doesn’t work for realtors, lawyers or accountants.  No one says, “Wow, she looks like a great realtor!”  No one makes a purchase decision based only on your photo, but they will judge you, for better or worse.

So if you absolutely must use a headshot, here’s some advice for getting a photo that doesn’t look like it came from the Sears portrait studio:

1. Remember, image matters. Execution matters. If you use sloppy, poorly-lit photos on your website or your LinkedIn page, that’s going to reflect poorly on you. You’ll get judged for that, like it or not.

2. Get a life, and show it.  You’re not a robot. Get photos that are an accurate reflection of the real you. Use props or interesting settings. Do something that conveys your personality.

3. Save yourself a lot of time and frustration by using a pro the first time. There’s a HUGE difference between accomplished amateur photographers and professional photographers who can actually make a living from the images they sell.

4. Realize that women are almost impossible to please when it comes to portraits.  If you have a staff of 10 women, nine will be unhappy, no matter what. Show them 90 proofs, and they’ll reject every single one, out of hand.

So if you’re running the show, don’t give them too many choices.  Trust the photographer and just show the top three. And whatever you do, don’t let them take the photos home for a consultation with their sisters, girl friends or daughters. 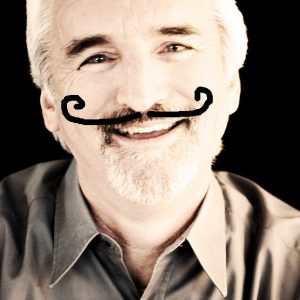 5. A good photo reveals your frame of mind. If you’re feeling confident, sexy and intelligent, it’ll come through. (Assuming you’re using a good, professional photographer)  If you’re defeated, depressed, or angry, that’ll show too. So do whatever you have to do to get in the right frame of mind for a photo shoot. Have a glass of wine. Loosen up. Have fun with it.

6. The camera is just not kind to some people. The minute the lens cap comes off, they freeze up faster than a popsicle in Nome. If that’s you, look for a photographer who has a photo-journalism background and let her do some candid, newsy shots. Don’t pose! Do something natural and let her capture the action.

7. Remember, photography is an art.  So be open minded and let the photographer be creative.  If you go into a photo shoot with very specific, pre-conceived notions, you’ll miss out on a great opportunity to shine.

Bottom line: There is a place for portraits in the marketing world. People like to know that they’re dealing with a real person, so the “about us” page of your website is a natural place for those head shots.

Anything beyond that is probably ill advised. Why show your face at all?  It’s brand recognition you want, not facial recognition. They can always just Google you if they want to see what you look like.

For more on branding fundamentals, try this post. If you want some help with your personal branding, give us a call. 541-815-0075.